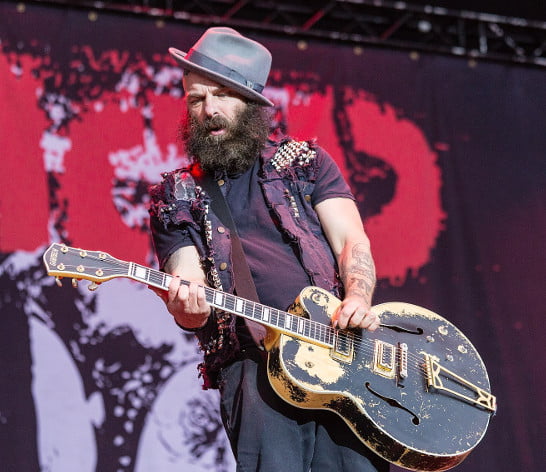 Whether you are just getting started or trying to find your groove, the guitar you choose must be a perfect fit. This starts with discovering which hand you should strum with and which hand will fret the notes.

This is different for everyone and it really doesn’t matter which hand you write with. There are many people who write with their right hand and play left handed guitar.

There are people who write with their left hand and play right handed guitar. Then there are some who can do both!

This is different for everyone and can only be discovered when you are able to sit down with a few guitars and find what feels best for you.

Up to roughly ninety percent of the guitar playing population is right handed.

But that doesn’t mean that it is the best fit for everyone, and if you’re here reading this article, then you have probably found that left handed may be your groove.

Which hand Do You Strum A Guitar With?

When you are trying to discover which hand to play the guitar, one quick way to decide is to strum the guitar.

Then ask yourself these questions:

You see, the strumming and string plucking hand will be your more dominant hand. If you are truly serious and devoted to learning the guitar, you will need to make sure your dominant hand is your strumming hand.

This is because as you progress as a guitar player, your strumming hand will require more accuracy. Things like:

The list goes on, and to do this with complete accuracy while not looking at your strumming hand will require your dominant hand on strumming duty!

Still not sure which hand you should play?

Here is another exercise that guitar teachers will try with their new students. Now, don’t think about it just do it..

Which hand did you strum with when you played air guitar?

If it was your left hand, then you may indeed be left handed. If not, then perhaps you are right handed.

Is It Harder To Learn Left Handed Guitar?

The guitar in general is a difficult instrument to learn as you train your hands, fingers and mind.

There are some myths floating around that might suggest that left handed guitar playing is more difficult to learn. And for a right handed player this is indeed true!

But when you have discovered that you are more comfortable playing left handed guitar, the learning curve is the same as right handed.

There are no extra hurdles involved with left handed playing and there are plenty of instruments and equipment available. 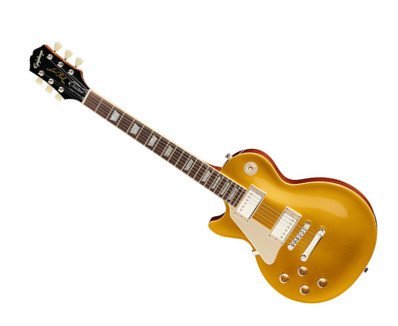 Should I Relearn Guitar Left Handed?

There are many reasons why a person might want to consider relearning the guitar with the other hand.

The main reason however is that they started learning with the right hand and have discovered they are possibly better or more comfortable with the left.

There are many great guitarists who are lefties that play right handed guitar, so you need to make sure this is a switch that is worth taking.

If you are learning and progressing well then you may want to continue as a right handed player.

However, if you have made up your mind then you are not alone. There are many people who discover this later on and have made the switch.

We encourage you to make sure not to give up on playing guitar if this is your experience.

It can be overwhelming at first but as you move into playing as a left handed guitarist, it will get easier.

Your experience this far as a right handed player will benefit you and you will progress just fine!

There are many things to consider like changing your current guitars from left to right. Some guitars can be restrung as they are symmetric and comfort won’t be an issue.

But some guitars will not and should be replaced with proper left handed guitars.

Ultimately this is a decision only you can make, but it is not impossible and has helped many players reach new levels as a result of the switch.

Can a Left Handed Player Use a Right Handed Guitar?

While there are plenty of guitars made for left handed players, there are limitations to what is available. Some manufacturers do not offer some of their guitars in left handed models, or colors and extras may not be available.

As a result, left handed players will then become curious if they can play a right handed guitar instead.

While it is possible to just flip a guitar over and restring it for a left handed player, this shouldn’t be the approach a new player should take.

And so for a beginner, a left handed guitar would be the ideal choice for comfort which would lead to inspiration to play.

Another issue with flipping around a guitar is that the volume and tone controls will then also be in the wrong position.

These controls can have a large impact in your playing and so learning with them in the correct position is important.

Don’t forget, the option of custom made guitars is also an option. Yes they could be slightly more expensive but at least you get what you need!

If you are not familiar with the differences between a left handed guitar and a right handed guitar there is one quick way to tell. Hold the guitar up vertically in front of you like you would find them hanging in a music store.

If the thickest guitar string is on the left, the guitar is a right handed guitar.

If the thickest string is on the right, the guitar is a left handed guitar.

But this too can be determined quite easily should you have a few guitars around you.

Are the guitars mirror images of one another?

Are the volume and tone controls on opposite sides?

If so, then it is indeed a left handed guitar.

There are many other differences between the two types of guitars. But this is a quick way to tell when you are not quite sure what to look for.

While a large portion of guitar players are right handed, the lefties are well represented by some famous players!

Some you may know and some might surprise you, but one thing is certain, they too had to figure out what hand they would eventually settle on!

Jimi Hendrix was a rare case where he was able to play with both hands. While naturally left handed, his father had forced him to play right handed.

So Jimi had to learn with both hands to get what he wanted but also satisfy his father. Jimi was also able to play right handed with the strings upside down. A very talented player indeed!

Paul was naturally right handed but struggled with strumming with his right hand. He eventually decided to play left handed when he saw Slim Whitman playing left handed.

He eventually found his groove as a lefty on the guitar even though he did everything else right handed.

While Kurt normally played left handed, he was known to be able to write playing either left or right. Some say he was ambidextrous but favored the right.

Whatever the case may have been, Kurt was a very talented player who was named 75th greatest guitarist of all time by Rolling Stone magazine. In Nirvana’s smells like teen spirit video, Kurt is seen using his left handed 1969 Fender Competition Mustang. The guitar is lake placid blue and was probably very hard to come by being a left handed guitar.

So what about you?

Are you a right handed player or left, maybe both? Which ever you find more comfortable and natural is where you should start.

At the end of the day it all comes down to practice and devotion to the art of playing. And even if one day you do decide to switch hands for whatever reason, all the work you did will make it easier to adapt.

How Much Should I Practice Guitar Each Day?

Can Guitar Strings Be Recycled?

Get Killer content delivered to your inbox! Join our community!