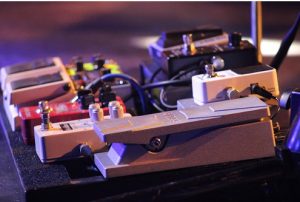 There has never been a better time to find some amazing sounding distortion pedals then today. Manufacturers are designing devices like never before as some really talented teams of people are flexing their designing muscles. Years ago as companies began introducing distortion pedals, they were great for what they were.
However, some of the bees and piercing treble that some of these boxes produced were just not quite there. As guitar players we knew it, but the benefits of being able to step on a stomp was more appealing then the sound they made.
Well all of that is changing and quick! Some of these new devices are beginning to sound almost like fire breathing tube amps and are incredibly pleasing to the ear.

The term distortion often gets confused with overdrive to a lot of players. They are similar but not the same. Overdrive is a means of dirtying up your tone but clipping your signal without drastically changing the main fundamental sound. Think something like a Marshall Plexi tone that is still fundamentally your guitars sound with some crunchy grit (In the greatest possible way).

Distortion is nothing like this and will alter your tone and all the frequencies that produce a sound the pedal was designed to make. This is in most cases nothing close to the organic sound of your guitar.

The gain from these units is not really the concern, but most distortion pedals obtain the term because they have in most cases a lot of gain. But the altered bass, mid and treble frequencies due to high gain clipping will change the sound, and sometimes for the better!

What To Look For In A Distortion Pedal

Because there are a lot of distortions on the market today, you have to know what to look for. Many players are into many different sounds! Sometimes you may gravitate towards one sound, or sometimes many! But you have to choose the right stomp box to get your sound otherwise you will be disappointed!

And with so many companies adding a lot of control options and functionality, its easy to get what you need. So when choosing a distortion pedal, make sure to look for these key features:

The pedal has to be able to make you happy when it can produce the sound in your head! This is the number one point because if its aim is rock and your looking for searing metal, you will be disappointed! Also make sure it has the amount of gain options you need, some pedals do a lot! And when you need control options, in this day and age that’s easy.

Final point, make sure to watch some videos and read reviews. You can learn a lot from them which is why we have created these articles. We load them with everything you need to know to make the right choice!

So now that you have an idea of what to look for, lets see what is available today. We have purchased and tried some of the hottest pedals by some great and even up coming builders. These units are becoming very popular because word of mouth is very positive for them.
While some pedals develop hype, sometimes it is very real! But you need to see if its marketing driven or popular with players. We started with looking for hype around products that players were talking about. If it was getting good feedback from players, we picked them up to try. And sure enough, they are as good as they are made out to be!
So much so, they are now on our boards because they are just so good! This is a list we will update as new pedals come through here for a review. If it’s good it will make the list.

The Revv Amplification G3 distortion pedal is one hot stomp! With some tube like saturation and smooth gain, its an amp in a box! 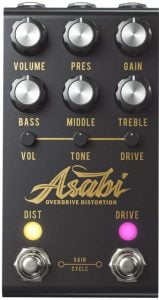 The Jackson Audio Asabi distortion is the work of Jackson Audio and Mateus Asato. It doubles as a Overdrive as well and sounds great! 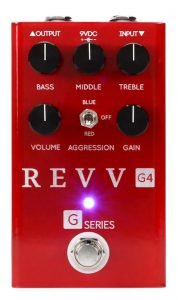 Another rock solid distortion from Revv. The G4 is created after their RED channel amp sound and is another seriously good sounding distortion! 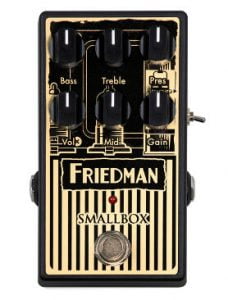 Friedman pedals are known for their great amp like tone! The Smallbox distortion is another hot addition to an already awesome pedal line! 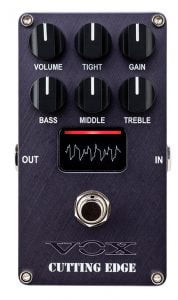 Vox has created a high gain distortion pedal with Nutube technology. This unit is a great sounding addition to their Valvenergy line.

The Revv G3 is a high gain pedal with some great tube amp like tone. It has a 3 band EQ and aggression switch to change the gain structure of the sound.

It is built with high quality components and a custom aluminum enclosure that is very clean and easy to look at.

The Jacks are all top mounted and text all laser engraved. This is one serious build!

Its sound is clear, saturated with a huge bottom end that is tight! the saturated gain makes this pedal capable of nearly anything. Great sound!

Mateus Asato and Jackson Audio have created a masterpiece of a pedal. Stock the sound is that of a hot rodded JCM800 with some incredible clarity and lots of gain.

The device features MIDI control and some great control features.
It also has a built in overdrive section that is controlled opposite the distortion.

Not only can you boost the distortion but you can use each of the sides on their own. Its a great sounding pedal with a ton of options!

Revv has created pedals based on the sounds of their Generator 120 amplifier and man did they nail it!

This is another high gain amp in a box stomp with some great tone. Compared to the G3, this sound is thicker and bolder.

Also built into a great looking aluminum enclosure with laser engraved text, this unit is built to last.

The Friedman Smallbox pedal is a hot rodded Marshall Plexi type tone that is absolutely glorious! Done only like Friedman can, this device is made after the Smallbox amplifier.

The pedal has a gain structure switch on the side to kick up the saturation and with the right guitar can take you anywhere you want.

If you have been looking for a Plexi like sound, you have found the stomp to get you there all day long!

Vox has released a new breed of pedals using their Nutube technology. The Cutting Edge distortion is their metal pedal in the Valvenergy series and sounds great.

The product features some output controls to allow use of a cab sim making this an amp in a box. This pedal also features a great gain saturation and tight control.

Utilizing the 3 band active EQ can really tailor a great metal tone for many applications.

There are hundreds of distortion pedals on the market these days and so it can be tough to pick. We select products to review that are getting great word of mouth reviews from players. We watch to see what manufacturers are doing with new technologies. And we are very curious of new gear being guitar players ourselves!

So when it comes to new pedals, they have to be moving the needle in a new direction of sound and functions to be selected for review. We don’t want devices that are just copied knockoffs, we want great new gear for our readers. We want you to enjoy your new gear by having the right information before you buy!

While we try to do the best reviews possible full of great information, sometimes you just gotta try it. Luckily not only are pedals getting better, but so is customer service from a lot of retailers. So if you buy through one of our links to Amazon or Sweetwater, you will be able to rest assured that they will make sure you are happy. Even if it means you gotta send it back to try something else!

At the end of the day, its all about getting the right pedal for you needs, and so we help these review guides have been helpful, be sure to share them with others if they have. Someone else will be on the same journey for the right distortion pedal! 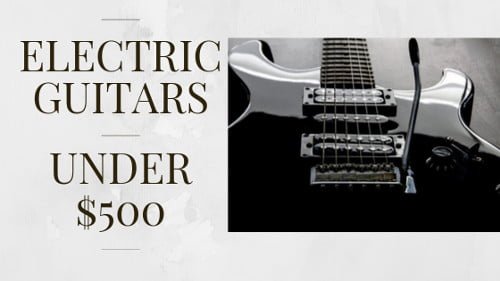 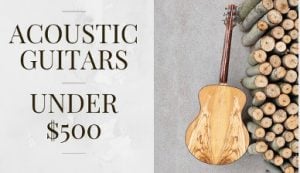 How To Use Your Gear 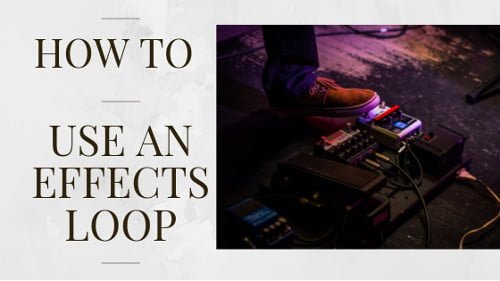 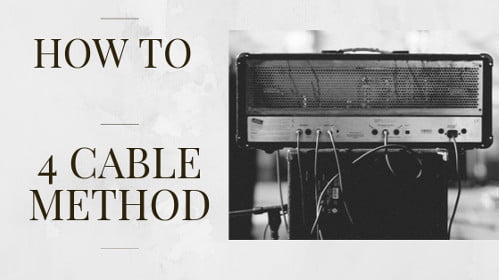